​Whenever you find yourself appalled by someone’s behavior, surprised or even disgusted, remind yourself that your emotions and/or reactions are based on the expectation you’ve placed on that individual and their life. However that doesn’t mean that that’s their reality.

Posted by Tiffany Michellé on September 19, 2016 in Life

Posted by Tiffany Michellé on September 10, 2016 in Dating, Life, Love

The good, the bad & the beautiful…

When difficult experiences arrive, Life grants us the opportunity to seek understanding and at times the best way to learn is to discover alternative perspectives. If we can change our sight in order to uplift our minds, we could see things differently easily. Practicing this is essential to growing and finding good even in hard times. When we attempt to find the good in the experiences we label as bad, we learn that it’s easier to control our emotions, instead of allowing them to control us. If we pay attention and don’t mind growing through the pain, we will find that difficult times teach us how to be better.

I’m currently reading one of my favorite books for the 3rd time, The Mastery of Love by don Miguel Ruiz. I highly recommend it to anyone who desires to see a heightened and an effective perspective about love of self and others.

In the chapter, entitled The Wounded Mind, a question is posed,

“How can you relate with people who are emotionally wounded and sick with fear?”

This question never stuck out to me in my previous reads as it did today. The word relationship derives from the word relate, meaning to interact realistically and/or an ability to relate emotionally to others.

Let’s venture off for just a moment…

Earlier this year, I began to experience a shift. As a person who consistently felt as if the cosmos was pulling me into relationship after relationship, imagine my surprise when I began to have no desire to “relate” with men. Every time I pictured being with a man, I would experience immediate nausea (it still happens). One would think because I’m bisexual this wouldn’t bother me but I began to feel very afraid. Perhaps this was my inner self somehow indicating that I no longer desired men and therefore I’d solely desire women. That would be ok for some but not for me. See, I like options; I always have. Although being attracted to both sexes has been strenuous at times, I love the way I am. I feel perfectly balanced. I like the way I help others gain perspective being that I’m so open, nonjudgmental and unbiased.

As a conscious person, I seldom go outside of myself for answers. I tend to go within to seek answers in regard to my emotions, thoughts and my actions. So instead of continuing to be scared without taking action, I began to self-analyze.

A Conversation with self:

Self: When did this begin?

Me: After the last relationship ended.

Self: But even after the relationship ended you had to have had a slight sexual desire for men because you participated in a single sextracurricular activity.

Me: After that, I felt NOTHING.

What the hell was going on? Why was I going through this?

After a while, I just accepted it. I’d see attractive people and my spidey senses would tingle but the nausea would come immediately after. Imagine my dismay; imagine the mayhem going on inside of my mind and my body. I felt like I’d been bamboozled, run amuck, we didn’t land on Plymouth Rock, Plymouth Rock landed on us! (If you don’t know that line, #killyoself)

Alright so let’s go back to the question:

“How can you relate with people who are emotionally wounded and sick with fear?”

Nothing in regard to dating made 100% sense during this shift. But the moment I read that question, clarity rang from the heavens. I am not single because I’m not attractive, intimidating, too picky, undeserving, too big, too little, too black, too tall, too smart or too different. After I read that question, it was simple. I am single because the people I meet relate to things that are for entertainment purposes only; things that lack meaning. Most of the guys haven’t been thinkers or readers. They’re caught up in the illusion and completed distracted. Growth to them isn’t about self-love, self-reliance, introspection and etc. Being successful is equated to how much money they have, how many women they can have sex with, how big their houses are and what kind of car they drive; without these things, they feel like they are nothing. I am single because I can’t relate.

I now know that this wasn’t a sexual shift I’ve been experiencing. This is much more than my getting nauseated at the thought of relations with a man. This was about my being so disgusted by my past counterparts who were emotionally wounded and sick with fear that I unknowingly developed a psychosomatic defense mechanism. The nausea was a safeguard. As I think back and am truly honest, I fell weak after my last relationship. I sunk very low within myself. Something within me had to protect me until I could do it on my own. I am now emotionally healed and I live fearlessly once again. 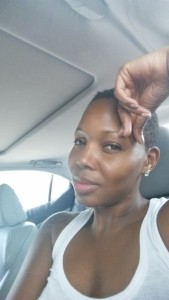 Posted by Tiffany Michellé on July 2, 2015 in Dating, Life, Love

Hey love bugs! Happy holidays to everyone! I certainly and sincerely hope all is well.

If you haven’t already, please add my facebook author page to your divine collection of pages you follow: https://www.facebook.com/pages/Tiffany-Michell%C3%A9/125199370860294

I am scheduled to release my sophomore literary project, A Soul’s Stroll: A 40 Day Journey to Discovering Spiritual Enlightenment, early January and I wouldn’t want anyone to miss out on the announcement!

I appreciate all of the love and support!

Until next time my sweet little suga dumplings,
Tiffany Michellé 💋

Posted by Tiffany Michellé on December 26, 2014 in Dating, Life, Love

What exactly are Punk Nutts?

Now that I have your attention…A question: In dating, is there such a thing as having too much in common?

Most times when people are seeking a life partner, they seek a person that has the same habits, likes, dislikes and etc. If you’ve ever created an online dating profile, the sites normally have a chemistry questionnaire or questions that match you up with people on the site who have received similar results. I understand why they do that but when it comes to you as an individual outside of a relationship – How does having everything in common indicate your ability to be stretched into trying something different? How can you learn new things if you’re always looking for something that’s the same?

I realize that having common interests with your partner or a prospective partner is essential to developing a relationship but if you aren’t different enough, wouldn’t that be kind of boring? Shouldn’t life include some kind of challenge and change?  I mean really why else would we be here on Planet Earth if we aren’t supposed to grow? How do you know if you’ve learned anything if you don’t allow yourself to be in situations that indicate or measure your development or evolution as a person?

Now, if you are one of those people that think we are just here to be born, do a little bullshit in the middle and then die, stop reading right now and go on about your bullshit ways BUT if you’re a person that feels like this journey is about learning, experiencing what life has to offer and about getting to know yourself better as well as the other foolish mortals in this beautiful Universe, ask yourself this –

Am I cheating myself out of a worthwhile experience by not allowing myself to step outside of my comfort zone?

Until next time my sweet little punk nutts,

“Don’t fear. If you fall, you’ll be there to catch yourself.”

Posted by Tiffany Michellé on November 4, 2014 in Dating, Life, Love

Couples: When you decided to join together, you both made the conscious decision (hopefully) to become a team. At that point, life was no longer solely about you and it wasn’t solely about them. It was and is about what’s best for the team collectively.

Everyone won’t always agree. We are all different. We have all had different experiences that have molded us into who we are. Whether all of our characteristics or tendencies are healthy or whether they even make sense, for right now we are who we are until we decide to change. We all have different minds full of various thoughts and actually that’s a beautiful thing. The diversity gives us the opportunity to learn new things, gain different perspectives and this process contributes to our growth. If we could see our differences in this way maybe it’d be easier for us to set our egos aside, give up the need to be right in disagreements and focus on whatever is best for the team.

At the end of the day, it’s about the LOVE.